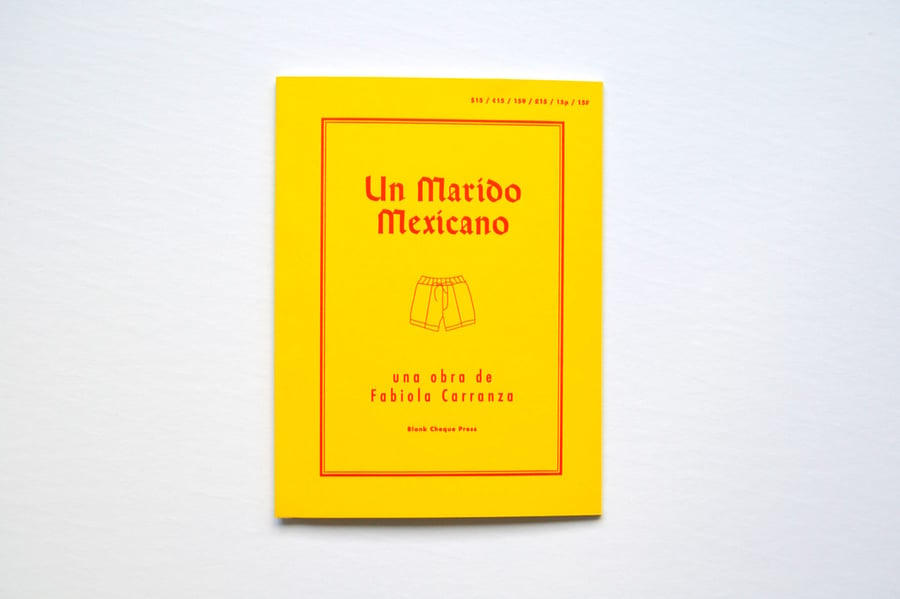 The Mexican Husband: A Play by Fabiola Carranza

“I’ve never meddled in politics. I went to university. I make decent money from the sale of my paintings. I’ve never been for or against any leaders. I can’t even vote. No, I’m too bourgeois to say my opinions out loud: just an honest to god simple man... A husband, basically.”

An adaptation of Bertolt Brecht's one-act play The Jewish Wife (1937), Carranza's version follows the events of a husband's final night at home with his wife in Los Angeles before running for the Mexican border. A heartfelt account of the ways in which exclusionary immigration policies play out, The Mexican Husband asks questions about the state of humanity in an era of immigration enforcement, border walls, and enduring prejudices — both visible and invisible.

The original play from which this work is adapted comes from a series of playlets Brecht wrote in the 1930s entitled Fear and Misery of the Third Reich. These short plays, which included such titles as "Judicial Process" and "The Physicist," used the methods and devices of Brecht's epic theatre to offer a deadpan critique of antisemitism in Nazi Germany.

* Fabiola Carranza is an artist and writer based in Southern California where she is currently studying towards a doctorate at the University of California, San Diego. Recent solo exhibitions of her work include The Mexican Husband at Deslave (Tijuana, 2018) and Sentences and Clocks at Blinkers (Winnipeg, 2019). Carranza
has also participated in numerous group exhibitions, including shows at the Contemporary Art Gallery, Artspeak, 221A, Access, and Peanuts Gallery in Vancouver; and has attended formative residencies at Plug In ICA (Winnipeg), Hospitalfield (Arbroath), SOMA (México City), Dos Mares (Marseille), and the Banff Centre (Banff). Carranza holds an MFA from the University of British Columbia and a BFA from Emily Carr University. Her first public art commission, Seven Signs, was on view at Waterfront Park in Seattle in 2016. The Mexican Husband is her first published play.

Bilingual edition in English and Spanish.

Printed and bound by Blank Cheque Press in Vancouver.