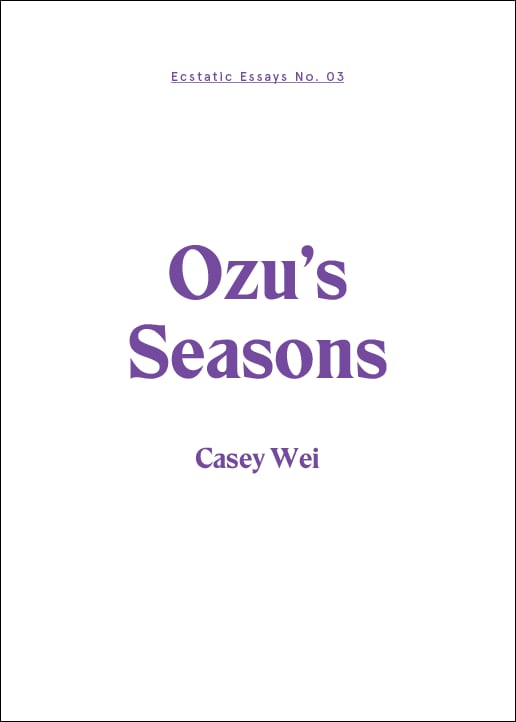 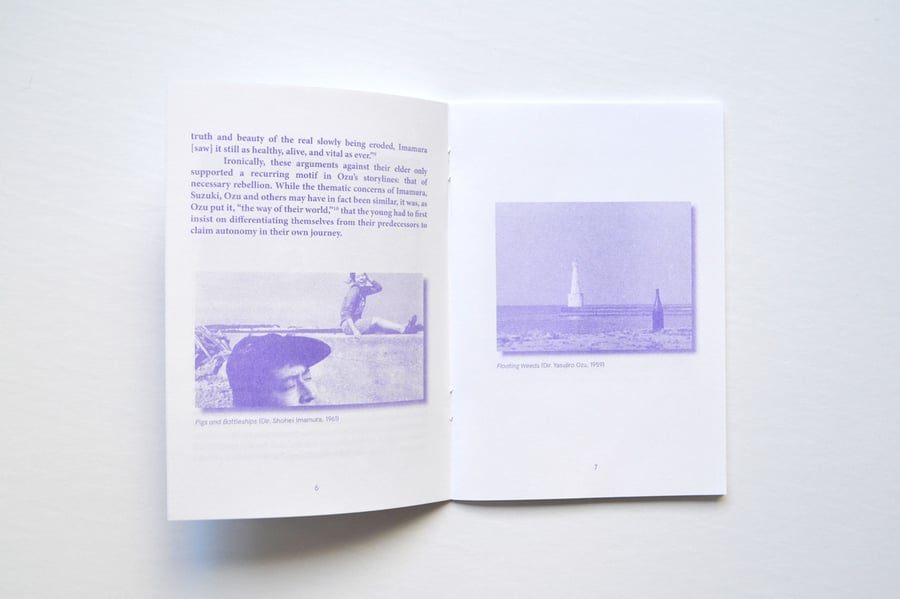 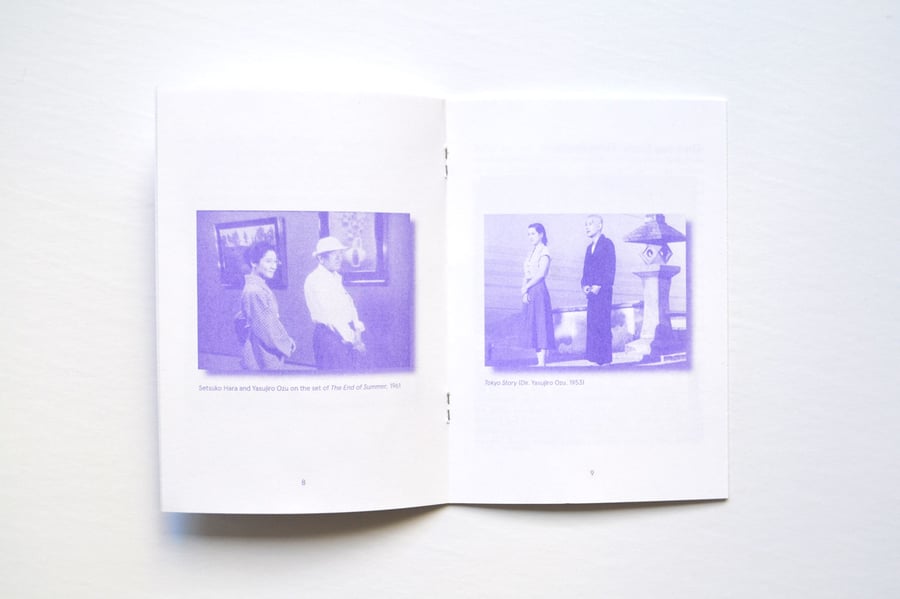 "I honestly just think Ozu wasn’t regarded as very cool to the young filmmakers growing up in post-war Japan. Mundane anecdotal family dramas that pulled on the repressed and buried emotions of guilt, piety, resentment, genocide, and so on, were not cool. Aging was again, not cool. [...] But in the case of Ozu, I think of the long game."

Ecstatic Essays is a series of pamphlets presenting nuanced opinions on popular icons in arts & culture.

* Casey Wei is an interdisciplinary artist, filmmaker, and musician based in Vancouver. Her practice has evolved from filmmaking (Murky Colors in 2012, and Vater und Sohn / Father and Son / 父与子 in 2014), into work that moves between art, music, and the community at large. These include the Kingsgate Mall Happenings (2014), the Chinatown Happenings (2015), the art rock? music series (2015-present), and the Karaoke Music Video Free Store (2017). In 2016, she began Agony Klub, a music and printed matter label that releases material under the framework of the “popular esoteric”. Her music projects include Kamikaze Nurse, hazy, and Late Spring. She is currently working on a documentary about the Vancouver music scene.